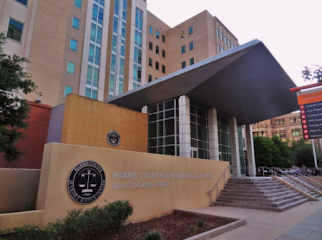 In 2015, I was hired to represent a 16 year old boy who was charged with a serious felony sex offense involving a young child in Montgomery County and who lived in a nearby county.  As I do with all my juvenile clients, I spent a great deal of time getting to know my client, the accusation against him and the family dynamics.  The teenager was honest about what happened, he and his parents did not want to contest the charge at trial and they all agreed that sex offender therapy was appropriate and necessary.
After much negotiation, the prosecutor offered a regular indeterminate probation so long as my client first successfully completed a sex offender treatment program (SOTP).  This meant that my client could get his juvenile record sealed at age 19 and would not have to register as a sex offender.  If my client was unsuccessful with the SOTP, then he would receive a determinate sentence which meant he could be on probation or sent to the Texas Juvenile Justice Department (formerly TYC) for a number of years with transfer to adult prison, could never get his records sealed and would probably have to register as a sex offender until age 28.  The difference in possible outcomes was huge.  I was skeptical of the deal because I knew that polygraph testing at best is only about 85 percent accurate, but it was also the only way the prosecutor would offer my client a path to receive an indeterminate probation, and ultimately it was my client’s decision.  My client and his parents agreed to accept the prosecutor’s offer.
The first part of the SOTG consisted of writing down a complete sexual history, revealing all sexual conduct with all people that the teenager had had up to that point in his life.  The polygraph testing (i.e. lie-detector test) was then used to confirm whether or not he was being honest about revealing his complete history.  After being tested, the forensic polygraph examiner (FP) claimed that my client’s examination indicated deception, that he was not being honest.  A later examination resulted in an inconclusive result, and the FP claimed that my client was deliberately trying to thwart the process by taking deep breaths prior to answering the important questions.  I retained a private FP to administer the test and the result also came back inconclusive.  I was very concerned for my client because I and his family both believed that their son was being truthful.
The consequence for not successfully completing his SOTP would be catastrophic to his future.  By now, the prosecutor wanted to schedule a court hearing to have my client adjudicated with a determinate sentence.
I questioned my client’s father about whether his son had ever been diagnosed with a mental health issue.  He then told me that seven years earlier his son had been diagnosed with generalized anxiety disorder (GAD), but that he had not taken medication for it for several years.  I knew that GAD could affect polygraph testing.  According to Dr. James Allan Matte in his book Forensic Psychophysiology Using the Polygraph,

“the continued state of heightened anxiety in individuals with GAD results in chronic arousal of the autonomic nervous system… The FP must be cautious when interpreting such profiles due to this chronic arousal which cannot be directly attributed to the FP’s questioning but rather is a reflection of general nervous tension”.

I also suspected that my client’s mental health issue was deeper and more complex.  I knew that individuals with Asperger’s Syndrome, now considered part of the Autism Spectrum Disorder (ASD), are often first misdiagnosed with a variety of illnesses, including GAD, bipolar disorder, etc.  In fact, autism impacts the autonomic nervous system the same way as GAD and as a result it adversely impacts and skews the results of polygraph testing.  With either illness, it is impossible for a polygraph examiner to prove that a failed test is the result of actual deception rather than the illness itself.
Based on my client’s body language, lack of eye contact and mental health history and also that his father was an engineer, I suspected my client might have Asperger’s.  I suggested that he take an online test to see if he might fall within the range.  The test indicated that he probably did have Asperger’s.  I recommended that he undergo a formal evaluation by a trained psychologist.  The process took two weeks, and the psychologist confirmed my suspicion that my client did in fact have Asperger’s and also agreed that the illness adversely affected polygraph testing.
I furnished the results of the psychological evaluation to the prosecutor and to the probation department.  I requested that polygraph testing be waived in my client’s SOTP and that he be placed on an indeterminate probation in his home county.  It took some time to persuade the prosecutor to do the right thing.  Initially, he argued that autism did not affect polygraph testing and then made the incredulous claim that there were in fact many juveniles with autism in his county’s SOTP that were passing polygraphs.  Next, he argued that he never would have made the offer in the first place had he known my client had autism.  I told him that would be discrimination against the disabled.  I had already consulted with a civil rights attorney that was prepared to file a federal lawsuit against the county government if the prosecutor persisted in his course of action to have my client adjudicated for a determinate sentence.
Finally, ten months after I was hired and three months after my client was diagnosed with Asperger’s, the prosecutor relented and agreed to an indeterminate probation until age 18, defer the decision regarding sex offender registration, SOTP without polygraph testing and to transfer the probation to my client’s home county.
My client’s SOTP counselor confirms that he is doing well in his treatment program.  My client now understands himself better and can seek out professional help in learning to deal with some of the cognitive deficits of Asperger’s.
I was blessed to have been able to use my unique knowledge and understanding of juvenile law and psychology to save a client from a painful and uncertain future.  I am also certified in juvenile law by the Texas Board of Legal Specialization. I doubt if any other juvenile attorney could have obtained the same result.
Posted by James Sullivan at 10:59 PM